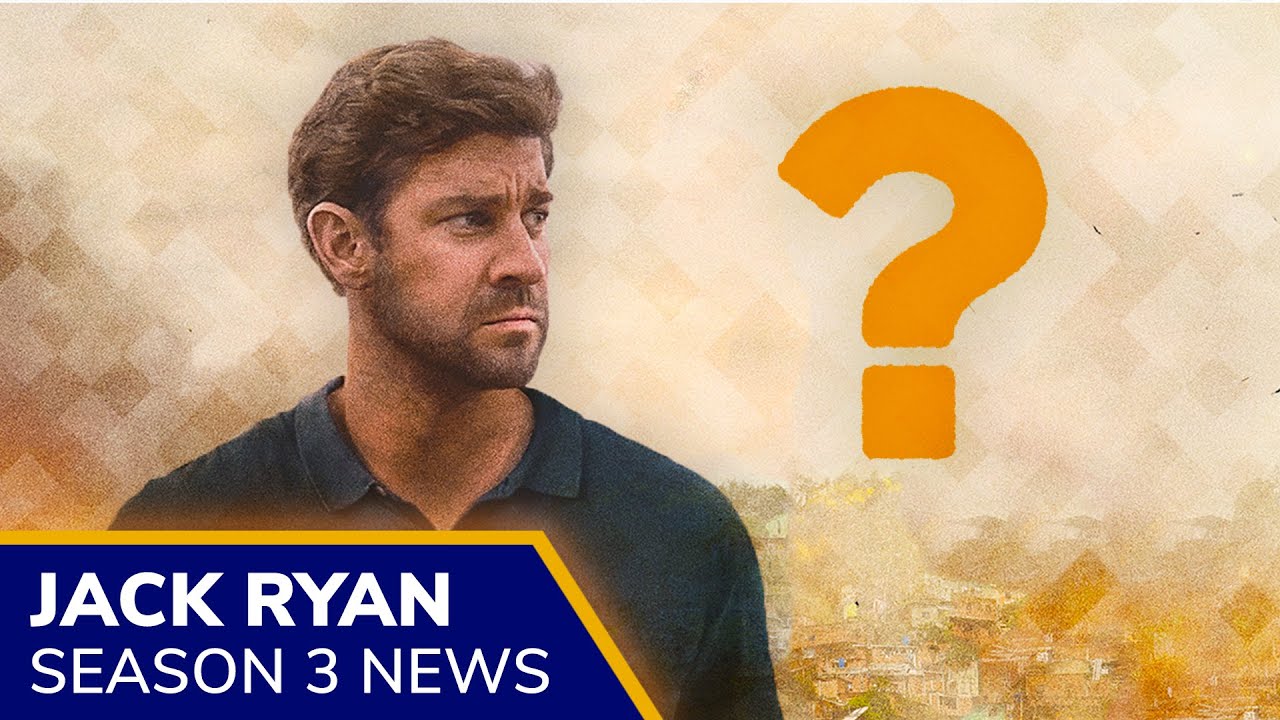 Tom Clancy’s Jack Ryan is an American political action thriller TV series. It has a huge fan base worldwide. It’s been completed one year since season 2 come. Now fans are anxiously predicting the Jack Ryan Season 3.

Jack Ryan series is based on the fictional characters of “Ryanverse”, which is created by Tom Clancy. Jack Ryan was first premiered on 31 August 2018 on Amazon Prime Video. On June 16, 2018, the series held its world premiere at the 58th Annual Monte-Carlo Television Festival. This event included a screening of the series’ first episode “Pilot”. The second season of the series was premiered on October 31, 2019.

Here is all Jack Ryan Season 3 update, so, let’s begin:

Jack Ryan Season 1 was aired in August 2018, while Season was hit the screens on 31 October 2019. But the Jack Ryan Season 3 premiere date is not yet decided. This is the news by the sources, that the filming of the third season of Jack Ryan has not started yet due to the Coronavirus outbreak. Most probably, in a late 2021 or early 2022, the series may release its third season. Fans from India would be unhappy by hearing this news that, Jack Ryan Season 3 release date India is also not decided yet.

Carlton Cuse, showrunner of Jack Ryan, said in one of his interviews that “This series is a huge undertaking. This is like rising a huge feature film….. it’s like an eight-hour movie. This movie took almost one and a half year to complete”.

Currently, the shooting for Season 3 has not started, it will take time to start. Till then, stay tuned with us to know all the updates regarding Tom Clancy’s Jack Ryan Season 3.

We know that John Krasinksi will proceed with his role as Dr. Jack Ryan. Also, in Jack Ryan Season 3 Abbie Cornish will return to play her role as Dr. Cathy Mueller. The main cast of Tom Clancy’s political drama series may as follows:

Other cast members are not finalized yet. But the other main and recurring actors for Season 1 and Season 2 were like:

The crew members of Jack Ryan are as follows:

These 16 episodes and two seasons series revolve around a titular CIA analyst. After discovering a string of dubious bank transfers, he was jerked from the security of his desk job into the field in the first season. These bank transfers are being carried out but by an emerging Islamic extremist named Suleiman.

Then in the second season, Jack was in the middle of political conflict in a corrupt Venezuela. In this, Jack went to Greer’s office where he asked the analyst-cum-field operative if he wanted to head a team that he was putting together. It’s hardly groundbreaking, but it did indicate that Greer and Ryan would be back together again in some form.

There is also a big question that ” Will the Protagonist meet his maker”?

However, Cuse wants fans and writers to take it season by season- if he has his way, it will carry on the long past season 4. He is not massively interested in guessing the plot. In the book, Ryan ended up in the White House, but season 3 may not take a giant leap forward in the timeline. We are not going to see President Ryan for a long time.

The main thing is the series will really continue in the prequel era, even if they are behaving towards each season like a separate chapter. Whatever it may be, it is a rich and interesting period to analyze.

The Trailer has not yet been released. Trailers are usually released in the month, which leads to the premiere. So, once we know when the series will go to hit the screens? We will have a better indication for the teaser too. Till then, enjoy the last season’s trailer, and if you did not watch this TV show, go and must watch it.

READ MORE: PUBG Mobile is back in India? How to download pubg lite in India after ban?