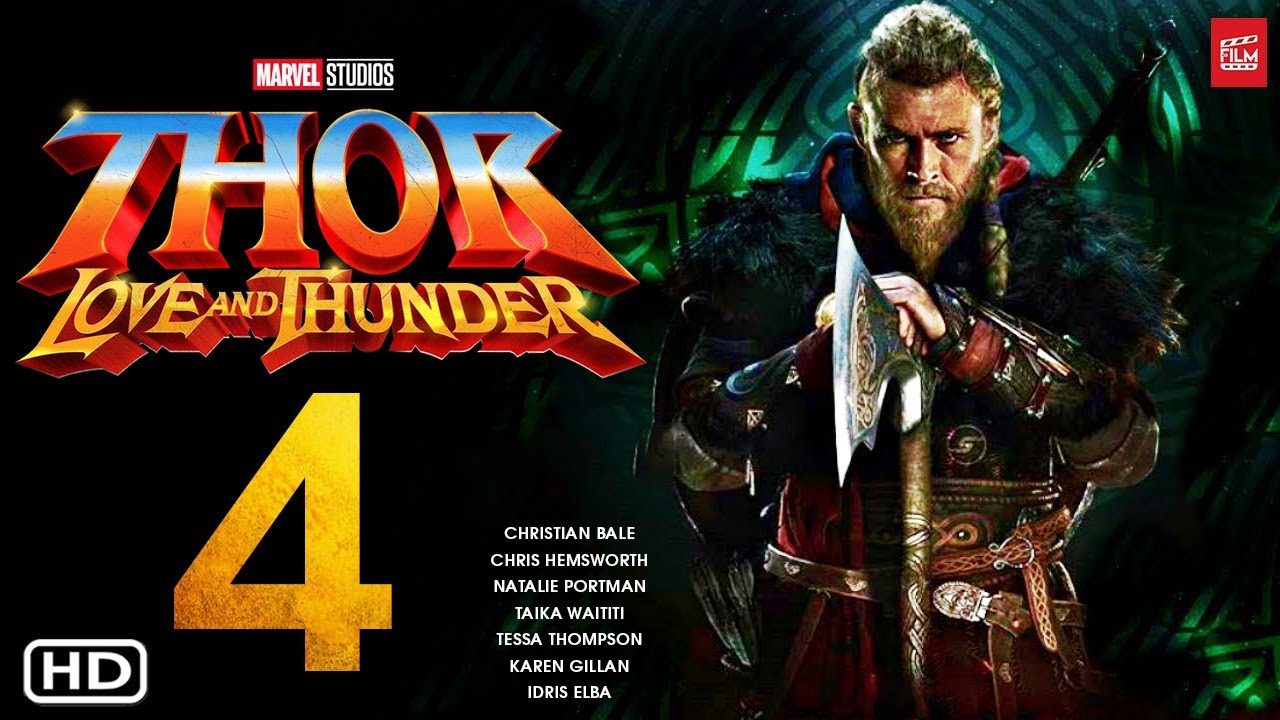 Thor, a superhero from Marvel Studios movies is one of the most popular characters in the world. Chris Hemsworth stars the character, Thor, with Tom Hiddleston as Loki, the second lead role of the film. Thor Love and Thunder is the fourth film of Thor movies and the twenty-ninth film of marvel movies. And with this franchise, Chris Hemsworth will star for the ninth time as God of Thunder in the Marvel Cinematic Universe. Finally, the long wait is over, Thor 4 release date Love and Thunder is coming in 2022 and we are providing you here all the information regarding its release date, story, casts, and many more interesting facts about Thor movies. Where is Jane Foster? What happened to her? If you wanna know all the above, then just stick to this article and read, everything is given below.

So, the final date announced is 22 May, 2022. Earlier it was to release on 21 November 2021. But because of the loss created by the pandemic to this world all set to postpone to next year that is 2022. The producer of this film is Kevin Feige and the screen play is written by Taika Waititi, and Jennifer Kaytin Robinson. The film will shoot in Sydney in Australia, all the cast members are arriving to Australia for the production.

Cast and Crew members of Thor 4 Love and Thunder

Thor love and Thunder film will have the members of Guardians of Galaxy. If you are reading this, you must have watched Avengers End Game 2019. So, we all have seen in Endgame that Thor Joins Quill’s group as guardians of Galaxy. This Thor film is a sequel, thus all the members of Guardians of the galaxy will be there. Moreover, The top Cast includes Chris Hemsworth as THOR himself. Natalie Portman as JANE Foster, Tessa Thompson as Valkyrie, Karen Gillan as Nebula, Chris Pratt as Peter Quill, Dave Bautista as Drax, Pom Klementieff as Mantis, Jeff Goldblum, and Jaime Alexander.

Story of Thor 4: Love and Thunder

The first movie of Thor was aired in 2011 and the second aired in 2013. In both the films we have seen (Natalie Portman) Jane Foster’s presence but in the third film she isn’t there. As the name of the movie depicts itself Love and Thunder therefore it is mandatory for Jane Foster to be the love of Thor. So, the returning of Jane Foster is a good news for all fans.

Now, coming to the story of Thor: Love and Thunder; it will be a sequel of AVENGERS ENDGAME which means Thor to be an overweight, clumsy long beard man. After all the shit and destructions happened to Asgard and Earth Thor decided to take a lift off and go with the Guardians of Galaxy. This upcoming film is inspired by Thor Comics of Marvel written by Jason Aaron.

According to that Comic, Odinson loses the ability to lift Mjolnir. Jane Foster struggles to survive with cancer being a human. She takes the role of Goddess of Thunder that is female Thor. This time the bulky Thor will be seen again in its 6 pack abs form. Natalie Portman has confirmed that Thor: Love and Thunder is based on the comic book RUN MIGHTY THOR. She is currently in Australia probably for the production of this film. This film is filled with Emotions as the story of Jane Foster is so heart throbbing, Jane will pick the Mjolnir and will gain all the power of Thor and becomes Lady Thor, everytime she becomes Lady Thor her cancer get penetrate and she gets more ill as a human.

Where was Jane Foster in Thor: Ragnarok ?

This question is probably the most asked question about Thor film series. Natalie Portman was not the part of Thor: Ragnarok, she explains it in an interview with Entertainment Tonight, by saying that “Obviously, I was not into it because of where it took place. It was not really on Earth , and my chracter is on Earth,”also she said that she is very excited with her return to “weild the Hammer Mjolnir” in Thor: Love and Thunder. In Avengers infinity war, the destruction created by Thanos includes Jane Foster too. Jane was also wiped with the Thanos’ fateful Snap. But later with the sacrifice of Tony Stark she came along with everybody else. She dont have a seen in any Avengers just her sense is available.

If you don’t know facts about Thor! read below

Thor is the film of Chris Hemsworth in this franchise. Chris Hemsworth became popular with this film only. This Superhero title is attached with his name where ever he goes he is commonly known by Thor actor.

Now, relating to the Thor movie, Thor Odinson is a fictional Character which in fact is inspired by the above story. Moreover, in the film, not everything is taken from Mythology but the actual fact of the film is inspired by the mythology of the god Thor.

Here you can watch Thor movies

I am really into being a content creator. Expertise in SEO [search engine optimization]. I am interested in learning new skills. I have a few month's experiences yet learning at a fast pace! Reach me at uzma@liveakhbar.in