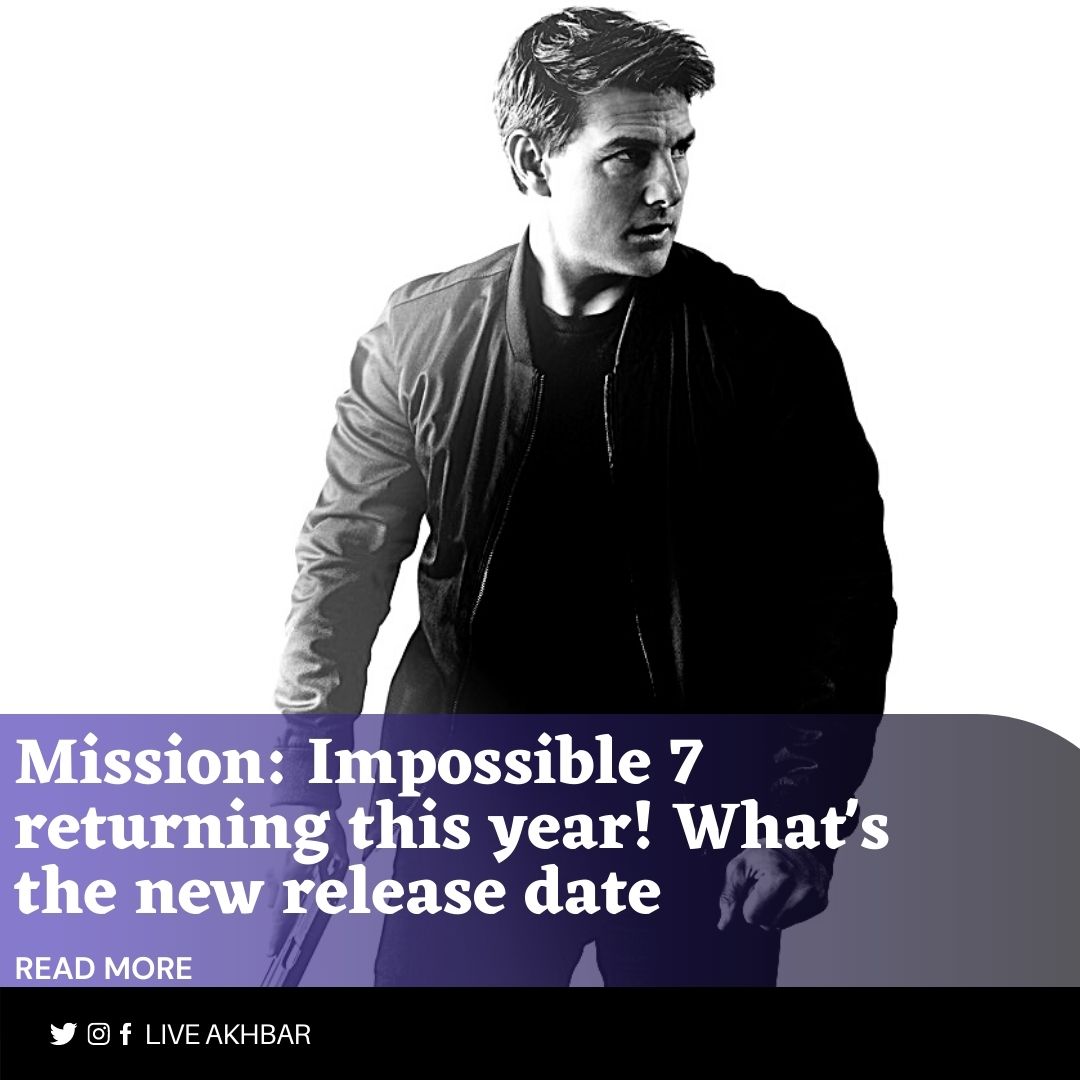 Reading the title Mission Impossible, everyone gets excited. They start recalling the series, whether be its story, the actions which depict how fascinating the plot has been till now. As the name suggests, Mission: Impossible, it now seems for the crew members that it is really becoming difficult for them to resume the shooting and release Mission: Impossible 7. After Fallout in 2018, the Mission Impossible franchise did a huge business globally and also won critical acclaim. The audience around the world is eagerly waiting for Mission: Impossible 7 to be released soon so that they could enjoy it. Although the team is facing many difficulties for filming they are still trying hard to get the job finished at the earliest. Moreover, let’s head onto the details of the Mission: Impossible 7 release date, cast, and every sneak peek which you all must know.

November 19, 2021, is now marked as an important date among the fans of the Mission Impossible series. If you are thinking why is it so? Let us tell you! If you are guessing that it might be the release date for Mission: Impossible 7, then you are on the right track. This would be the day when it will be finalized in the theatres. Hence, now all you have to do is wait for November and enjoy then. Well, the release dates for Mission: Impossible 7 and 8 were 23rd July 2021 and 5th August 2022 respectively. But as you all know coronavirus always acts as a barrier.
According to a report, which emerged in June stated that Tom cruise is creating a village that will be coronavirus-free so that the production can be resumed for the seventh film.

Reason of delay in the shooting of Mission Impossible 7

It will not be new for the people to hear that the filming was delayed many a time due to the covid-19 pandemic. It is quite clear that it is a major reason which is a factor for delay of shooting. However, all the blame can not be given to coronavirus. It will be shocking but yes, many controversies also led to difficulties for this film. You will be compelled to raise your eyebrows when you will know that production had a plan according to which they wanted to blow up a polished bridge that was 111 years old. However, this rumor affected the shooting of the film but then after director Christopher denied and ensured that this particular decision is completely a rumor.

In fact, the shooting of the filming has faced delay consequently and now all we have to see is whether the film would be on the screens on its release date or else it will be pushed back further. The shooting destination was in Venice but it also faced a problem due to the outbreak of coronavirus in Italy.

HAVE A LOOK: Doctor Strange in the Multiverse of Madness synopsis leaked? Here’s the details!

The film is still going through pre-production so hold your horses for now. However, we can expect a trailer to be released soon. Moreover, we could see post on Instagram which depicts the image of the set which is really beautiful.

The cast is, no doubt, stupendous and fantastic. Here we have brought the characters and their designated roles.

It is an American action spy film which is the 7th installment of the Mission: Impossible film series. The director and writer of this upcoming film are Christopher McQuarrie. It will be the director’s third film in the series following Fallout and Rogue Nation. The production company includes New Republic Pictures, Skydance Media, and TC Productions. However, there are 4 producers including Tom cruise followed by Christopher McQuarrie, Jack Myers, and David Ellison. After the sixth one, Mission: Impossible 7th and 8th will have music composed by Lorne Balfe. In the early days of May, the confirmation was made officially for the composer.