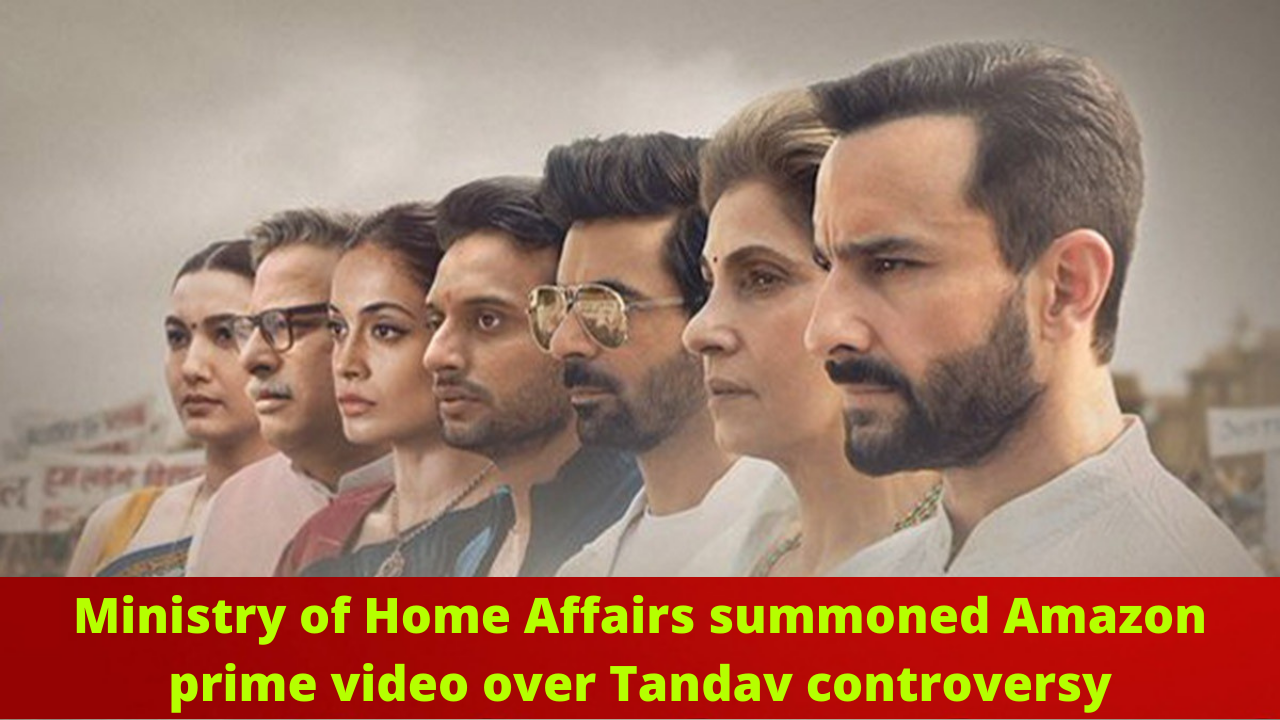 Amazon’s prime video original series Tandav faced a lot of controversies recently due to its storyline. And finally, the information and broadcasting ministry has summoned Amazon prime video in India due to the controversies around the web series ‘Tandav’. Tandav controversy is getting a bit of heat as protestors have started gathering around the actor’s houses such as SaiF Ali khan and other cast members. There is an allegation of hurting Hindu sentiments and degrading the harmony of the current Farmers protests.

The case is a complaint against Tandav Web Series at Ghatkopar police station. The police assured quick investigation, FIR under Sec 295A of IPC, Section 67A of IT Act & Atrocities Act. Producer, Director, Writer, Actors & Amazon to be summoned soon,” the lawmaker had tweeted.

Amazon Prime summoned by I & B Ministry

It has been pointed out that the director of the series Ali Abbas Zaffar showed Some of the Hindu gods in a bad light. This made fans very upset. Finally, the I & B Ministry has taken the decision to summon Amazon prime video in India.

News agency ANI shared this information via Twitter saying ” Amazon Prime Video officials in India summoned by the Information & Broadcasting Ministry moreover in connection with the controversy around web series ‘Tandav”. In fact, The web series might get banned in India along with a serious penalty.

Recently, Manoj Kotak from BJP wrote to Prakash Javadekar, Union Minister for information and broadcasting. He demanded a ban on the web series. He mentioned that OTT platforms now play a very huge role in shaping today’s generation. As these platforms are free from all kinds of censorship, they sometimes misuse their powers. There has been no law or autonomous body created that can look into OTT platforms matter. In fact, Now There’s really urgent need to take care of such platforms.

The BJP MP from Mumbai- North East said that ” Programmes that are now premiered on OTT platforms are full of vulgarity, sex, drugs, violence, abuse and hate. Sometimes they hurt a particular religious groups sentiment. I recently saw the rage in religious groups after the series Tandav was released. It is seen that The series has mocked Hindu Gods and their powers and disrespected hindu religion.” He further requested Information and Broadcasting ministry to put a ban on the series and form a body that can govern OTT platforms.

There’s no decision yet on this particular query. There’s Only been a summon. Court will further decide whether fans will be able to see Tandav. Yet there are chances that the court can possibly ban the Series due to some storyline on Hindu Gods. But there’s no official information released yet by the ministry. Moreover, the series has some violating clips taunting the Hindu religion such as Ram & Sita. In fact, few clips also contain some serious dialogues that might hurt the current political scenario and even worse the farmer protest.

Tandav series has a total number of 9 episodes. They are named:

Number of Episodes in Tandav