There have been many stories that have kept the audience inspired. But few stories just blow up our minds, making us think and brainstorm. People all around the world love movies that have been made on a true story. If you are a fan of such movies you are in the right spot! Here we have an incredible list of Hollywood movies based on a true story that might drive you crazy and make you search over the internet about its real existence!

It is a Poland story based on a true story. Pillman is an intelligent pianist and Pillman work for radio. And he like a girl dorrate and girl like Pillman piano. Germany attack Britain and announced every juice shift in another place where we wanted. And Pillman family suffering for money and food. German soldiers kill the Pillman family and another family. German soldiers a lot of torture him and suffering for food and weak health. After a long time, he meets dorrate and now she is pregnant and his husband shifts to another place. After torture they against German soldiers but they fail and kill but Pillman run away and in the end Poland freedom and Pillman once again a good pianist.

This is a very motivational movie. Prince Albert George is an England king son but he is suffering from a stammer from childhood. Albert George’s wife Elizabeth is very supportive. After many doctors, he meets a speech theorist Leona and he starts Albert George treatment but George, not like his treatment style and leaves him but he realized Leona is right and once again treatment start and the prince is growing and finally, Prince controls his stammer and Albert George is next king of British and people likes his speech in the coronation ceremony. And he is very much thankful for Leona and gives him a ministry.

It is based on a true story. Jack LaMotta is an American Italian middleweight boxer and Jack quarrels with his wife over petty things. One day he saw a 15-year-old girl Vicky and jack loves him and finally, he kisses him but he never wants to compromise Boxing. Jack and Vicky’s marriage. Jack’s brother wants him, Jack, to win the title Belt. And one-day jack’s wife says good-looking for a man and Jack doubts his wife and finally, he receives all but his wife characters doubt kill him mentally. He loses his wife, his brother, and his fans.
” Doubt is the enemy of friendship “

The Pursuit of happiness

This is the world’s best motivational story. Every human should watch this. Will Smith acting at very high levels. Gardner is a middle-class family man and every day sold a machine which is used in a doctor. Gardner asked every rich man – ” what does he” and one day a rich man reply him – ” He is a stockbroker “. After Gardner apply for a stockbroker job. And when you saw his suffering life water come in your eyes.
After and he says – This is not easy and the movie ends.

If in the world every person says you can not this after then you try this and finish this. Rudy is interested in football but his physical body not Able to play football. Rudy says he wants to play football for notreden after high school. Every child’s want to play for Notreden, this is a national level football club. But admission for noted marks should be A+ but rudy marks are weak so he works in a steel factory with his father. One day his friend motivated him for his passion and he goes to notreden and works hard for an A grade and after 2 years he achieves an A grade and admitted club.

Available on: Amazon and Netflix 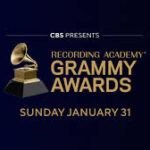 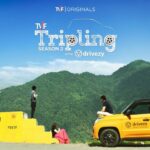