The trailer of Dhilip Kumar directorial movie “Maara” is out. The movie, featuring Madhavan and Shraddha Srinath in the lead positions, will release on Amazon Prime Video on January 8.

The trailer unlocks with a youthful girl, beautifully played by Shraddha Srinath, on the lookout for someone titled Maara.
She knows nothing about him, except his different way of seeing life. She wanders through several areas and households where Maara has touched down upon at a certain point in time.

The story depicts that Maara is more part of a fairytale than a real human being and the reason behind his direction will make up the volume of the film.

This film is originally a remake of the Malayalam film Charlie (2015) by Martin Prakkat. The film will release through Amazon Prime Video on 8 January 2021. Ghibran is the music composer of the film.

In the film “Maara” music and background score also composed by Ghibran. In October 2020,  Think Music India released the melodious video of the first single “Yaar Azhaippadhu”, which had lyrics originally written by Thamaraiand sung by Sid Sriram.

Makers Prateek Chakravorty and Shruti Nallappa of Pramod Films obtained the Tamil remake rights of the Malayalam film Charlie (2015) by Martin Prakkat, in the yar February 2016.

The producers were initially keen to retain Parvathy Thiruvothu from the original version and assessed either Vijay Sethupathi, Sivakarthikeyan or Siddharth to play the titular role in the movie.

In 2016, Madhavan signed to play the lead role, while Prakkat accepted to also direct the Tamil version.

The plot of the movie:-

“Maara extends from living a soul to a world fulfilled with delightful people. The events and dialogues of these people have rooted yet the knowledge they have is surreal, and that makes the viewers an interesting part of the uniform. My character is being formulated with the foremost importance given to the honesty in the connections he shares with others. And that quality makes the person somebody that the audience falls in love with quickly. You can sense him touching lives without actually putting in an effort. The aroma of this guy got me thrilled to play him,” said Madhavan about the movie.

The movie initially scheduled for a theatrical release but due to the epidemic, its creators have opted for a digital release. It planned to premiere on December 17 in Amazon Prime OTT, but it was later pushed to January 8, 2021.

READ MORE ABOUT – BEST MOVIES TO WATCH ON NEW YEARS EVE, AT HOME 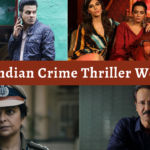 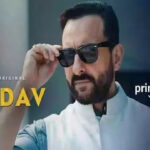