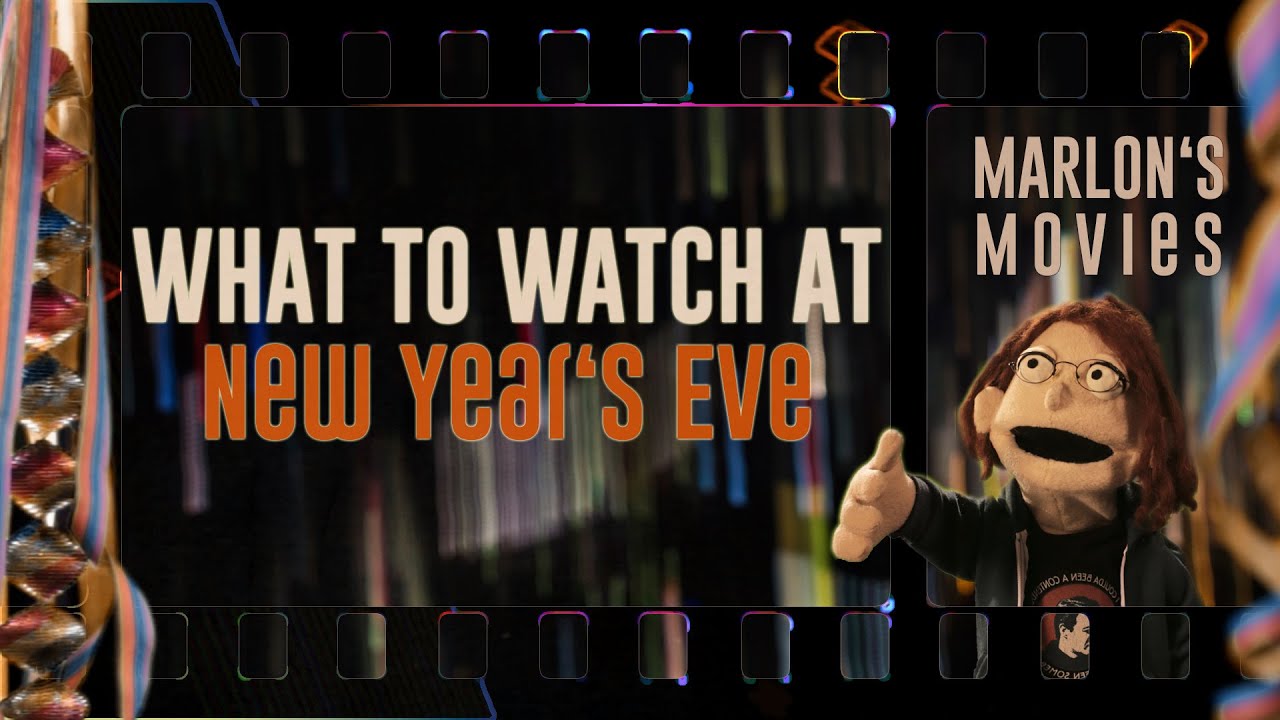 2021 is definitely going to be the first year you can’t go out for celebrating New year’s party. In almost all the countries it is prohibited to be in a crowd, to do party, and have social mingling because of the so-called virus called COVID-19. It’s a matter of biggest concern now it has already taken 1.76 million lives on earth. The United States is at the topmost having 330k deaths due to the coronavirus. India is in the second position having 148k deaths yet.
So, this year no party, no party, no mingling, no hugs, and no kisses. But still, there are a lot of lovely things left with us. We can cook good luck food, play beautiful songs, decorate the home as beautiful as it can be, and most important great movies to watch on New year’s eve, Switching on the television with movie ultra marathons.

Even if you don’t watch movies on New Year’s Eve and in the holidays, this time you are going to because there is no other option left you. Sitting on a cozy vouch with a soft blanket and hot beverages in front of a good film.

So, there is a list of films just made for this kind of situation to have a watch over them in the being home entertainment criteria’s . So lets have a look at movies to watch on new year’s eve while at home are:

If you are searching for a film with comedy, love, romance, and also a mystery then this British film is perfect for your match. It’s having a great vibe of Christmas and new year. It’s a story about a man who has the ability to time travel. He uses his ability of time traveling to go in the past and make correct everything in terms of making a good future. He drops himself at a new year’s party where he wants to change things after his ability to use time travel. Actually, the protagonist’s family is having a gift that the men of their family are able to use time travel.

A romantic drama film directed by Todd Haynes based on the 1952 romantic novel ‘The Price of Salt’. Carol is the best-reviewed film of 2015. Starring Cate Blanchett (the best actress of her generation)and Rooney Mara, the film got six Oscar nominations, nine BAFTA Award nominations, and Five Golden Globe Awards. The film plots the Christmas season of 1952.

Carol is the name of the protagonist (Blanchett) which perfectly justifies the film’s name. The script, screenplay, cinematography, directory everything is best. There are so many hearts touching naturally taken scenes in the film. It deals with the biggest issue of society i.e, hiding true identity. The chemistry between Carol and Therese is mesmerizingly captivative. There is no way of declining these movies to watch on New year’s Eve.

A science fiction action film starring Chris Evans, Jamie Bell, and Octavia Spencer.
It will take you to a New year, not 2021 but 2031. The film plots a story in which the world is almost destroyed by a sudden climate change. Only a few people manage to survive. The situation forces all humans to live on a moving train that transverse the globe.

Every time the train transverses the globe there is a new year. The survivors on the train celebrate New years. New year’s eve here is just not about parties and noises. The train is class sectioned, the very important passengers sit in the front and the rabble passengers sit in the back. One person i.e, Evans decides to go into the conductor’s car. You can surely watch this film this new year’s eve. This is really a good movies to watch on New year’s eve.

A famous comedy-drama film, starring Shahrukh Khan the King of Bollywood, Deepika Padukone, Abhishek Bachchan, and Sonu Sood is an Indian comedy film. The film has comedy, love, romance, action and the most special, dance. This film is about a man Chandra Mohan, Charlie who plans for a heist of the most precious diamond situated in Dubai with the biggest dance competition. A bunch of dancers belonging from different states with different characters.

The only girl in the group Mohini ( Deepika Padukone) teaches dance who is a bar dancer and has a dream to open a dance school. The team manages to reach Dubai and succeed in the plan. The team represents their country in the competition even though they come for their own plan but Mohini being a great soul thinks of the country’s reputation and gives the best with a few of the team members to win the competition.
With all the personal grudges they manage to win the heart of the people. The end of the film is a New Year. All the team members become famous and their dreams come true which really brings a happy new year to them. The love chemistry of Mohini and Charlie (Shahrukh Khan) is just loveable. This kind of movies is worth to watch on new year’s eve.

If you are the one who has not watched it yet. Then this eve is just waiting for you to watch this film. Without any hesitation go on to watch it. This is a dreamy romantic film all about natural love. The film won six Oscar Awards and 33 major nominations 18 winning awards in all. Starring Emma Stone and Ryan Gosling whom you are definitely going to love after watching. There’s more to feel in this film. This will take you to the city of stars with its featuring song named ‘city of stars’. And so let’s go to Tinseltown without any wait.
The best of movies to watch on new year’s eve, being home if you haven’t watched it already.

A romantic comedy film starring Kate Winslet as Iris and Camera Diaz as Amanda. Two girls dealing with their relationship issues in life. They’re from different countries who leaves their home in the holidays. They meet with local guys and fall in love with them. Sitting on a soft couch with a hot beverage, yes this movie fits perfect.

Searching for a romantic film to watch in a beautiful decorative home on the event of the festival being home as going out with your loved ones is not an option. Just watch this film. It’s an emotional heart touching film starring Tom Hanks and Meg Ryan. Hank plays the character of a widower. He imagines a beautiful New year’s Eve with his late wife whom he misses the most. He imagines having a sweet conversation with his wife. But don’t worry he doesn’t stick to his past but he comes out of her and loves a woman ( Meg Ryan) later.

As you might know, this is the most popular film of its time and one of the greatest films. Still, all genre people love to watch it. Starting a new year with such a great film may fill your heart with positive thoughts and remembering the line “life is like a box of chocolates”.

The film is featured by Tom Hank who plays the role of Forrest, he is a dull and low IQ man. And yes, it is an Oscar-winning picture. Forrest has never thought himself as dull. He leads a life of his choice and made no restrictions. He has a childhood love who is troublesome and it’s his overwhelming desire to reunite with her. So again, yes it’s one of the better movies to watch on new year’s eve.

Starting a new year with an evergreen romantic comedy film is not at all a bad idea. The film is about two NewYorkers who culminate in a short-term friendship. They meet but go their separate ways. They again meet after 5 years and recognize their feelings for each other.
This film itself will make you feel like you just have a nice cup of hot chocolate on a cold winter night. Telling a bit more about it would spoil all the fun, so you go and find yourself how’s it and whether to watch again or not. If you ask any cinema lover for movies to watch on New year’s eve ,this film will must be there in recommendation .

This film covers a big part of Christmas’ eve. Now a question might arise why to watch it so let’s relate a point of this film with our life, that is epidemic. The film’s character deals with the effects of the epidemic of AIDS and HIV on their community. It is an American musical drama film directed by Chris Columbus. It’s an emotional, heartbreaking, memorable, heartwarming, and funny production. You will love watching it twice. It has a deep message inside. So starting a year with a deep message is always awesome.

The above are some of the movie which will provide you everything regarding New year’s vibe with. They are actually movies to watch on New year’s eve, You can’t really go out but the movies might take you out of the place you are with their magical impact on your mind …
Now, for starting a new year there must be positive thoughts, a strong mind as it is a time of the pandemic, and an energetic impression as being home we all are getting lazy. So in the list, there must be movies providing all the above criteria and for that, I am adding some action, thriller, science fiction films, films with a deep message that will provide you with so many lessons.

Tenet is a Christopher Nolan film. It has released in December 2020. Yes, it’s an all-new film and is recommended to watch this holiday because the film needs a lot of time to explore your mind for understanding it. In simple words I can say is just that, this film will blow your mind and you will be left with nothing but an astonished human.

It’s a science-fiction action-thriller film. The film felt with many critic reviews, maybe because of the confusions, it creates at every turn. This must be said that you are definitely not going to understand it by watching once, you will find out the facts by watching twice or maybe thrice.
The film stars John David Washington, Robert Pattinson, Elizabeth Debicki and Dimple Kapadia, the perfect cast ever makes it more interesting to watch.

It is a time inversion film with a story of a secret agent who has given only one word as a weapon. His mission is to stop World war 3 which is embarked by the future people with the use of time inversion. The future people, hire a man in the past (which is present for us) to destroy the world. For a Nolan’s fan this is the best of all movies to watch on New year’s eve.
Available on iTunes

A simple introduction would make you wonder as there is nobody who doesn’t know about this film.
So this Wonder Woman 1984 is all-new and is released on 25th December 2020. Gal Gadot the childhood crush of many people did a great act again and achieved so much love from people. Although the film got a mixture of bad and good reviews, you can’t deny to watch it. The film will make you forget all of the worries and dresses at least for two hours.


This film is for fun-loving people. The entertainment will remind you that yes there is more fun important in life more than worries in this difficult time.The film follows a simple content to follow there is nothing complicated.
So if this is on your list to watch then go ahead, this holiday is the best time to utilize for attaining such entertainment which provides you even when you are not going out.