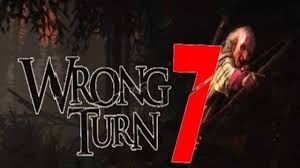 This is an American horror movie series.
The movies focus on various families of disfigured cannibals. They hunt and kill people in West Virginia in horrific ways by using a mixture of traps and arms. There are three main cannibals in the series, only three Fingers has appeared in six films.

The last franchise of the movie, Wrong Turn 6 released in 2014 didn’t achieved much love.
When the first movie was released it was one of its kind. It provided thrilled horror feeling . Everybody enjoyed it. With the rising number of franchise of this movie, the number of fans and viewers started increasing. That’s the reason it gained lots of popularity also in different genres.
But now we can see that there came a stoppage in the continuous making of more parts for the movie.

In the beginning, parts as it gained descendants in the same way it also gained downfall in the number of viewers and fans. The budget of the first movie ‘Wrong turn 1’ was $12.6million and in the box office it is $28.7million but that of the sixth movie ‘wrong Turn 6: last resort’ budget was $1 million and in the box office collection it has only approx the same budget. This might be the reason, why it takes 6 years for the new movie to come. The film will premiere in the theatre for one night only on January 26, 2021.

This one is directed by Mike P. Nelson, screenplay writer is Alan B.McElroy, and is all set to release. The trailer is released and you can watch it now. This movie is connected with the 2003 wrong turn as seen in the trailer. In the first part among the three cannibal brothers, two were died leaving the remaining three fingers as the only survivors. In the second one, these details have no domain. But in the seventh one, it is expected to have a domain and connection with those details. With this simple addition, it brings a fresh story.

It is an American slasher movie.Directed by Valeri Milev. This is the sixth movie of the original 2003 wrong turn movie.But this doesn’t have any relation with the original part of this movie.It has lots of unnecessary kissing and sex scenes .It may be considered as a sex horror movie, which somehow created a bad impact on the fan’s mind for not having entertainment stuff in the movie instead of the underrated scenes.

Viewers’ response for the 1st,2nd, and 4th movie has no similarity with this one it’s like the 3rd and 5th one which didn’t get a good response from the public at all. It has nothing to do with a story but with sex and this makes dull. At the end, it can be said that it is a flop movie .
The cast includes : Sady Katz , Anthony Ilott, Aqueela Zoll, Chris Jarvis and many more ..

Wrong turn 7 the last hunt, will be connected to the first movie

After the so bad response from fans for the ‘Wrong turn 6’ the next one is coming with bright hopes as far the trailer is trending and gaining people’s interest. It is hoped that this will get a good response .
As it will have a story connected with the original part .

All the other parts don’t have any connection with the original one and they look like a messed up mixture, becoming one of a reason for the ascending fans and viewers.